Ivan and Maria are part of a community of about 150 illegal self-settlers ((Ukrainian: самосели — “samosely”), who have defied science and resettled in the restricted Chernobyl’s Exclusion Zone.

The majority of Samosely  are elderly people who made their home in the area prior to the 1986 Chernobyl disaster. When the population of over 350,000 was evacuated, they were wrongly told they could return in a few days. 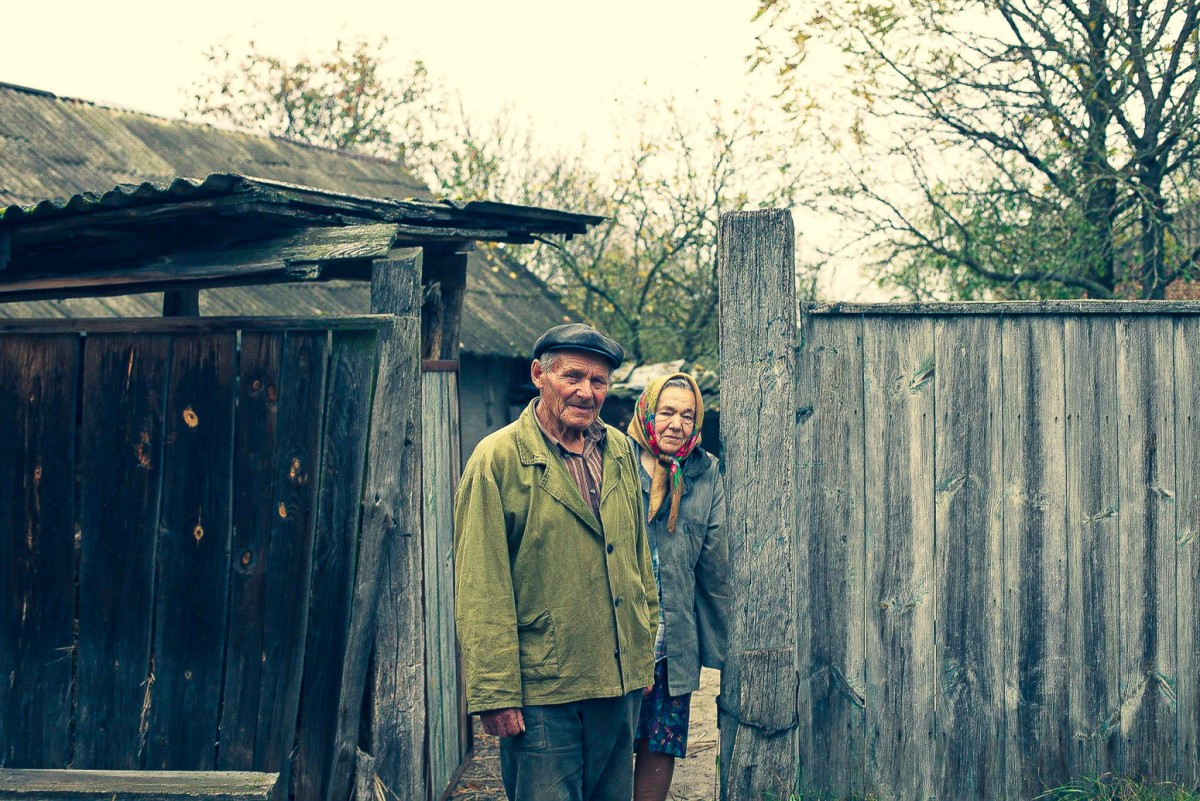 A personal perspective exploring what isolation can do to a human psyche and the environment.

A short insight into the life of an elderly couple who returned to their abandoned village, Parashiv, located within the 30 kilometre “Exclusion Zone” in Chernobyl. They endure 30 years of isolation, eerie silence, and contaminated land so they can die in a place familiar to them. They barely saw any other people with the exception of workers, who visited monthly.

About production team involved in Samosely short doco. Click on each team image below for more info.

”"As a child, I grew up being banned from eating any mushrooms sold in Kyiv with Ukrainians fearing they have been picked near Chernobyl forests. Mushrooms absorb the most radiation from contaminated soil...

Ivan offered a mushroom with a cheeky smile. He was watching my reaction."

Irina is a Melbourne-based emerging filmmaker/director, who passion to tell people's stories through integrated media.

Being born in Ukraine, having moved to Singapore as a young teenager, and to Melbourne as a university student gave Irina a unique insight into various cultures.

After graduating with a Bachelor of Professional Communication specialising in TV at RMIT and limited experience in short films and documentaries, she had an opportunity to work as a freelancer and as an employee on various projects in the creative industry.

With a combined decade of working in research, journalism, photography and video production, her existing goal is to concentrate on what she loves most - making documentaries.

Irina's previous work includes producing a documentary about Lionel Rose's statue and philanthropists who helped commissioned it in Warragul, Victoria, as well as a documentary about Calisthenics. She has worked as a production manager, camera operator & photographer for internationally acclaimed, award-winning films, and has shot and produced numerous productions for clients such as THE GREENS & STONNINGTON JAZZ FESTIVAL. She was an assistant director for the 'Best Short Film' award that was screened at Miami International Film Festival.

With research experience testing international and local blockbuster films such as THE MUPPETS for VILLAGE ROADSHOW & MADMAN ENTERTAINMENT, Irina has a passion and drive each project from start to finish.

After Chernobyl HBO Series, there has been quite a lot of other news and media done surrounding Chernobyl and the residents.

Irina has a unique niche, combining fluency in English, Russian, Ukranian, as well as the knowledge of Ukrainian and Western cultures.

Thom has been running his own company 3 Point Lighting since 2013, and working as a best-boy on Neighbours TV series.

The initial 1,000 YEARS OF WISDOM project started as a world collective insight of people over 70 and the lives they lived. The series aimed to analyse the common similarities across cultures with uncommon histories. The project gained momentum through Pozible campaign where the filmmakers raised nearly $6,000. The team traveled to Athens to interview a 93-year-old Greek-American painter, Ukraine to interview Irina’s grandmother (a 93-year-old Stalin’s famine survivor), a Maharaja priest in Pushkar, and finally a couple living in Chernobyl.

Traveling through places with uncommon histories, Thom Holt and Irina Korzh aimed to explore how our elders still have influence over their lives.

After Samosely’s short doco release, Irina aims to continue Samosely project and collect more stories of other Samosely with a small crew. Covid-19 has changed our psyche, where people around the world felt what isolation means. There are many reasons for people to resettle in isolated Chernobyl (lack of funds, nostalgia, etc) – but are there any other drives, particularly for younger families? 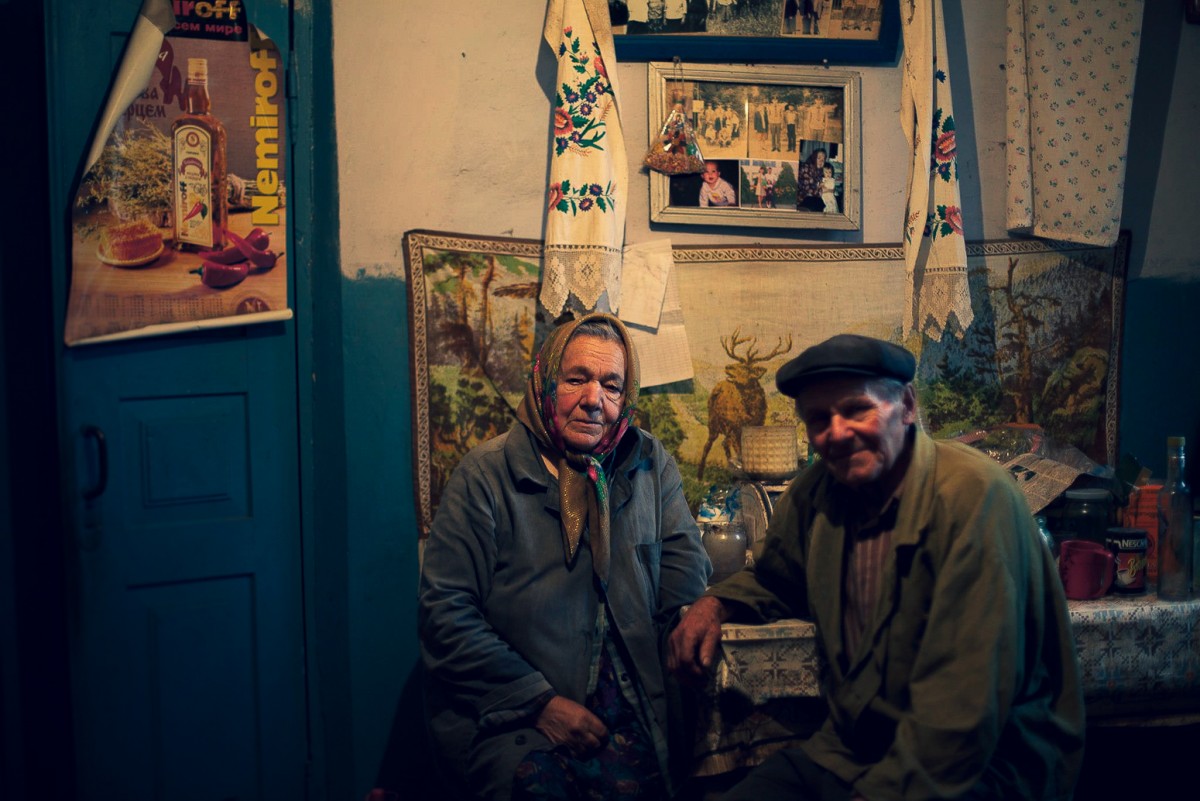 I was just two years old when the nuclear plant in Chernobyl exploded. The area was famous for a modern supermarket, cinema, shops, and other attractions. My mother visited the area just a few days ago to take a ride on a boat along the beautiful river. Working as a pharmacist in a pharmaceutical factory – she was one of the first to know, hence I was sent away to my Grandma’s further away from where the radioactive cloud could reach.

My mother, along with the other scientists developed a medication that was given to first responders. She later was given a medal for this by the Ukrainian government. I barely saw my mother during the first four years since the Chernobyl disaster because Kyiv, where she worked, for not a safe place to be.

My uncle on my father’s side was a young journalist eager for a breakthrough story. He was just in his 20’s and was one of the first journalists to report on the situation. He passed away over a decade ago having reached his 55th birthday.

Traveling to find stories for the 1000 Years of Wisdom Project and staying in Ukraine for over a month, Thom and I had an opportunity to visit Chernobyl. Through personal connections and with a go-ahead to filming some footage with limited equipment, we rented a car (now this is illegal) and embarked on an epic one-day journey. We had a young guide with us who mentioned that Ivan and Maria are one of the only friendly villagers who came back against all odds. In exchange for some food, they were happy to speak to us. They were self-sufficient and the time of filming were not so used to foreigners. My multilingual skills paid off as I was able to interview them. What initially was supposed to be a chat about their grandchildren, quickly turned into a chat about ‘them’ (the government) and their disbelief that radiation ever existed. 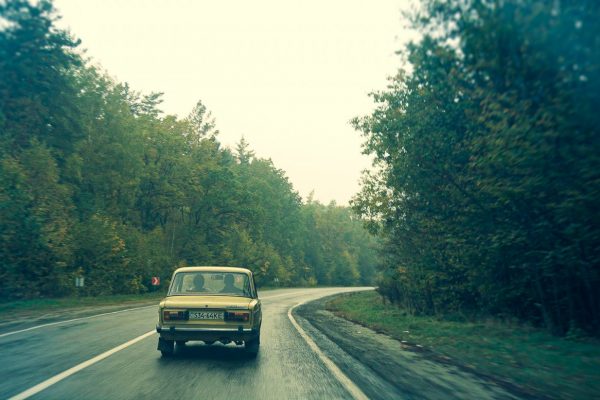 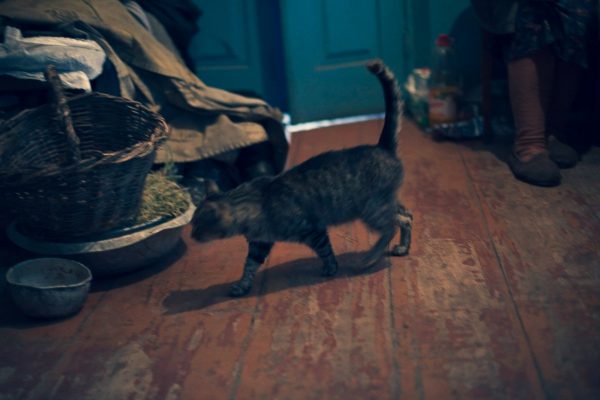 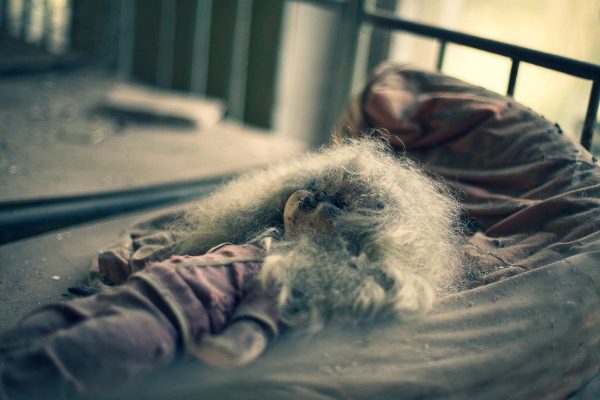 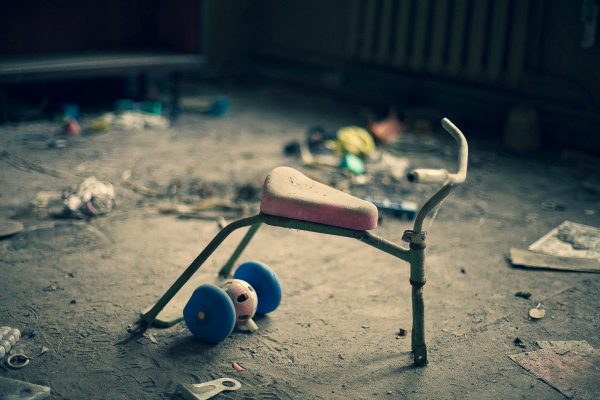 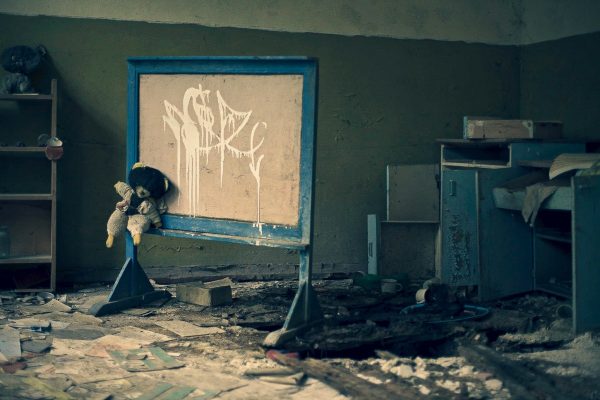 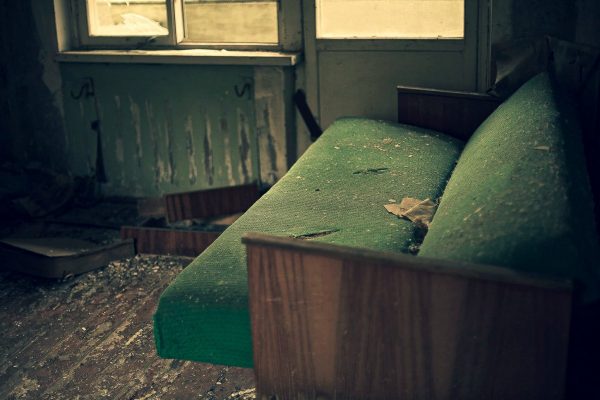 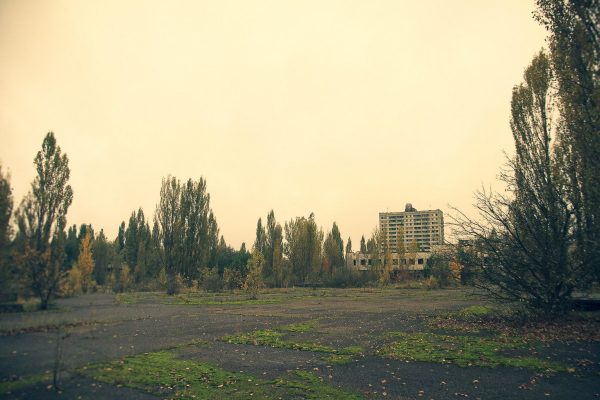 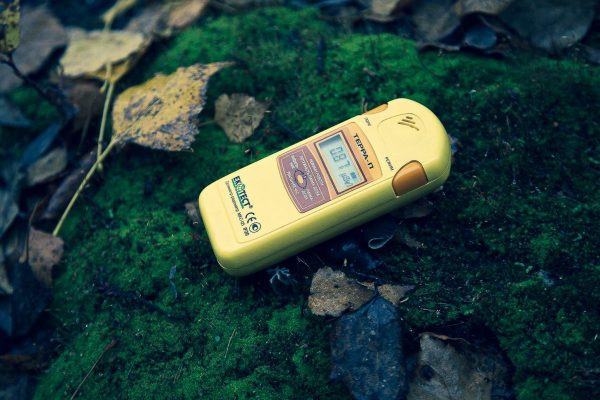 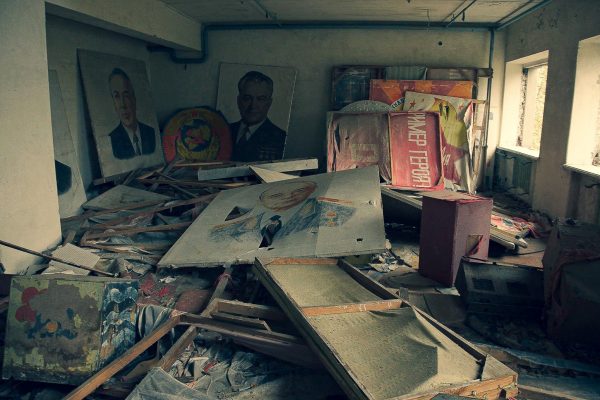 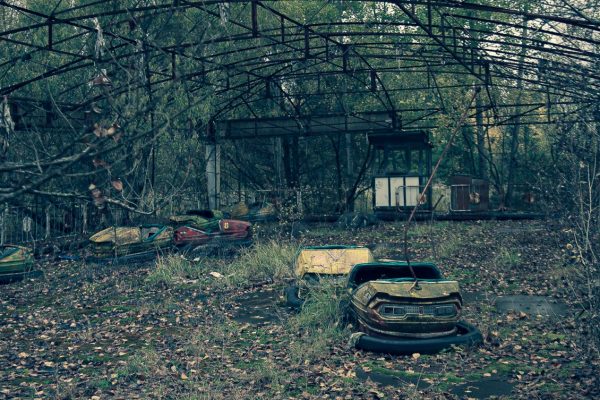 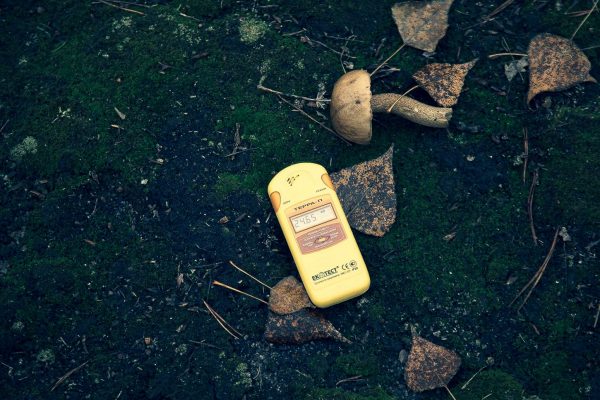 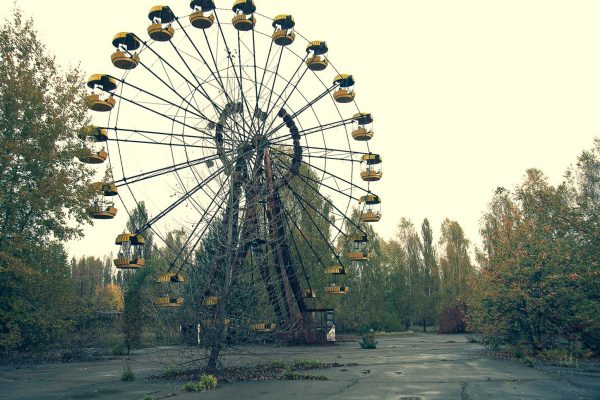 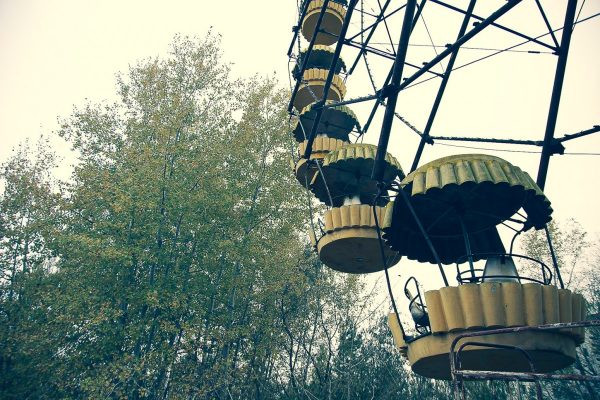 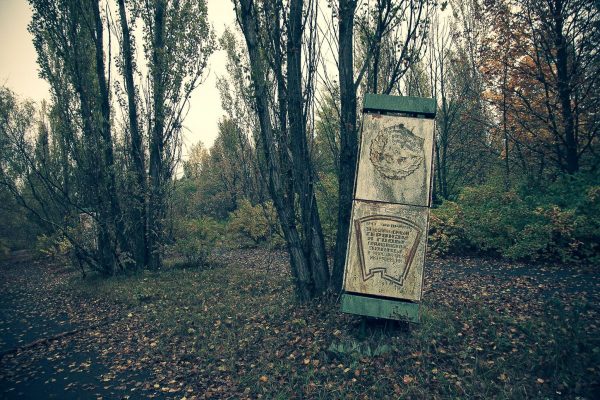 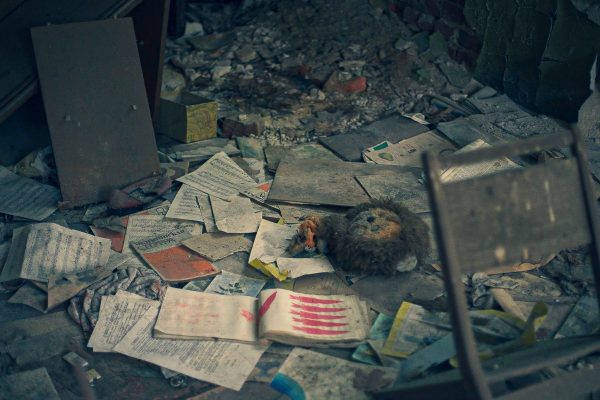 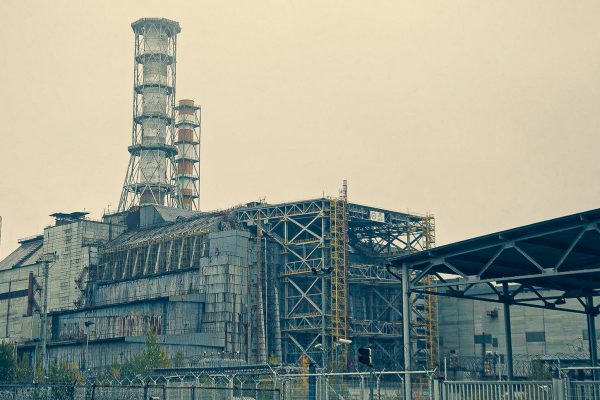 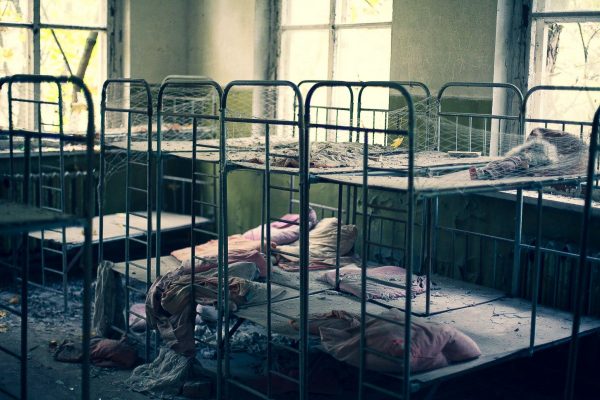 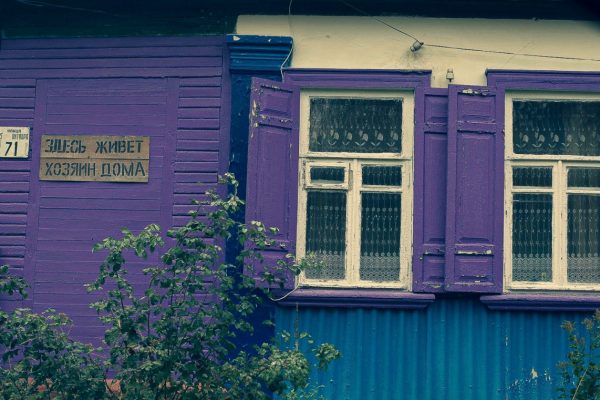 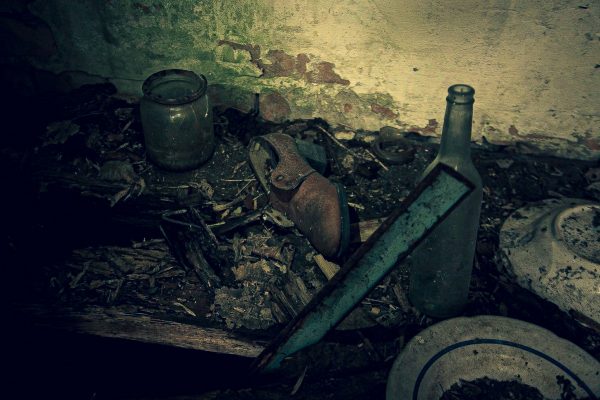 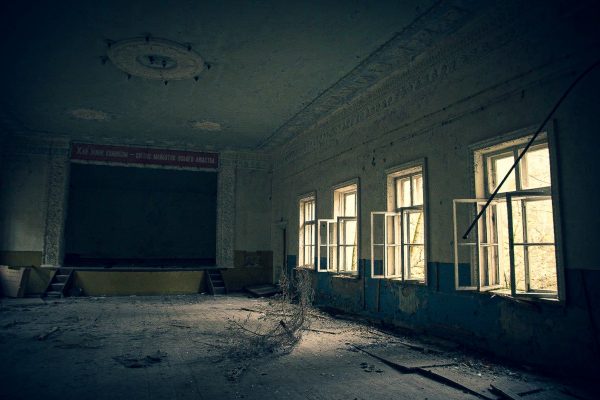 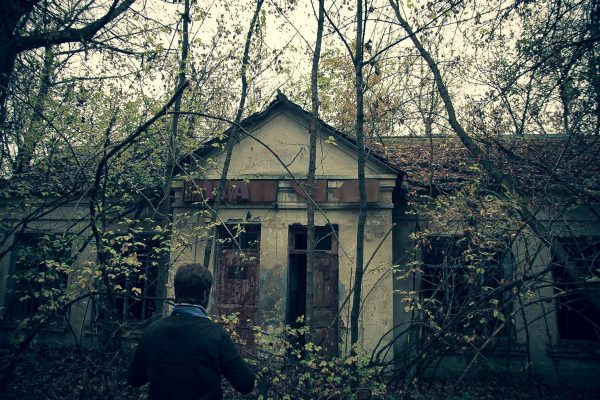 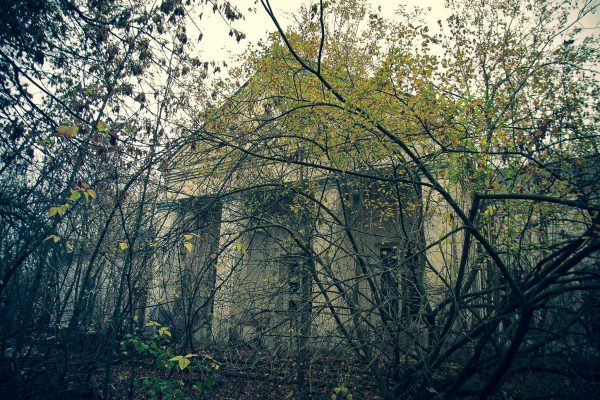 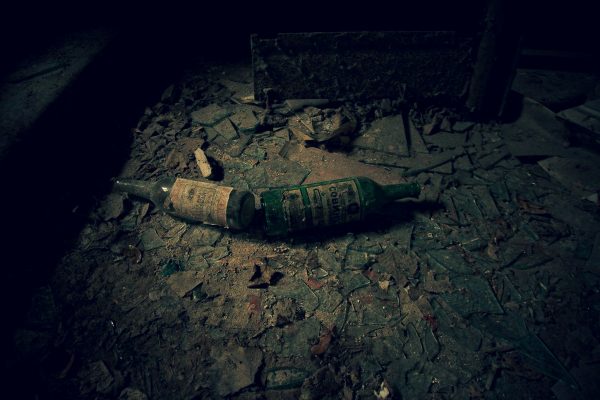 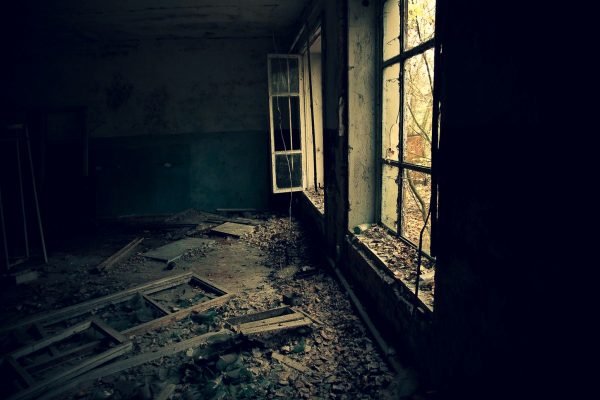